The resort 2015 campaign from Prada has been revealed with a set of black and white photographs captured by Steven Meisel. The advertisements star Adrienne Juliger, Ine Neefs and Moya Mardy shot on location at Alder Manor in New York. The girls wear denim and the hair and makeup looks to be inspired by looks at the label’s spring-summer 2015 runway show. 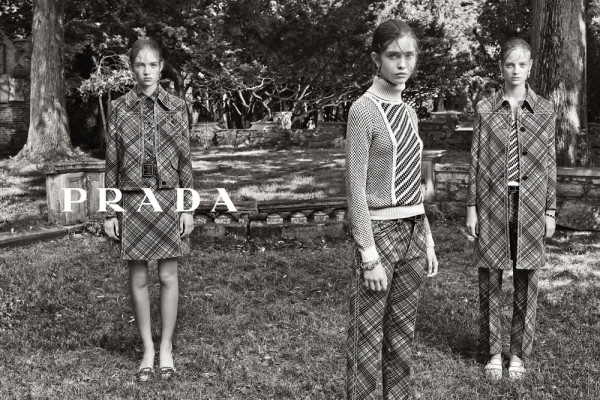